Have you ever wanted to build your own application for Android on Android? Your own app, APK! Something that you can distribute over the Internet, and can be used on Android smartphones worldwide. Would you dare to try to spend some time learning something new to do so?

This repository of source code is designed just for this purpose. Source code is the way software is written in an understandable human language for applications to compile into machine code, and then to be run as programs on a device. The applications in this collection are showcased because they have been tested and passed. They were successfully built and installed on device, yes all of it on a smartphone.

In order to build these apps, the following programs need to be used. After finishing the complex process of compiling, the finished product, the APK file, should be installable on any compliant Android device. Use apt or packages to install all of the following required Termux packages:

If you want to install aapt, you will use packages install aapt. Before installing any packages, you should use apt update && apt upgrade. You can install all of them at once by executing:

Fortunately, these commands work in Termux. The popular compilers jack and java do not work at present. They are stuck in disabled packages, not in packages that you can install on the fly. There is active discussion regarding why jack is stuck here, and why java is stranded there.

You may be wondering now after installing the necessary packages and downloading the source code:

What do I do next? How do I use aapt, the Android Asset Packaging Tool; apksigner, the APK signing tool; dx, the command which takes in class files and reformulates them for usage on Android, and ecj, the Eclipse Compiler for Java?

This project has bash scripts which help immensely in automating work. Make them executable by chmod 750 script_name if they are not already. Check to see their permissions with ls -al. Then simply run build.one.bash in the directory of the program you wish to make by calling it by name. Look for the AndroidManifest.xml file. That is where you want to run the build.one.bash script. After you are done building the app, install it from your /sdcard/Download/builtAPKs directory through your file manager in Android.

If your system does not have a file manager, Open File Manager is available at F-droid. You can download, install and use it. Source code for this APK (Android Package Kit) is available here at buildAPKsApps, a submodule of buildAPKs. If you prefer Ghost Commander, the souce code is available here. Both APKs build beautifully on device (a smartphone) in your pocket with Termux. We should really leave the age of whirling fans and disk drives behind.

Enjoy this project! Inscribe your feedback at either the wiki, the issues pages or through the code itself.

When you press and momentarily hold the volumeDown+power buttons simultaneously on a smartphone, it takes a screenshot much like this one which shows the screen and the the source code for this page in vim running on Termux on Android. 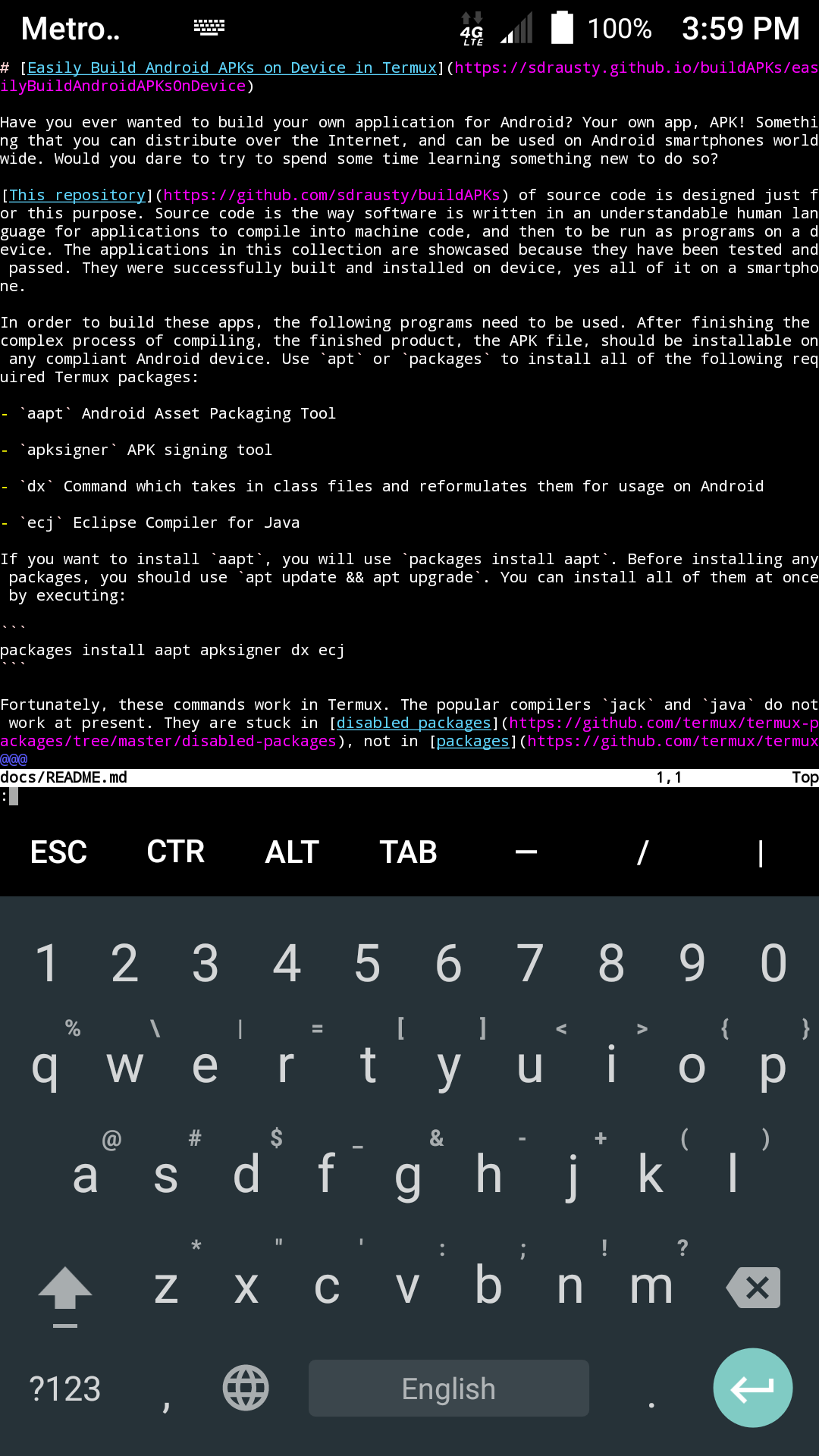 This animation was created with imagemagick in Termux on an Android smartphone.

If you’re confused by this page try this link, or you might want to try this one. Post your what you have found at the wiki, donate and help this website grow!